1LOILO
Please login to post messages and or participate in the discussions. Thank You.

Discussions about everything and anything related to Iloilo City and Province.

Thanks kasimanwas for opening this board. I'm happy to read all new updates of Iloilo here.

if nothing happened, the jokes on you 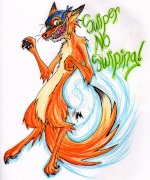 Duty Free to open in Iloilo
ILOILO CITY, Feb 15 (PNA) -- Duty Free Philippines is eyeing to soon open in Iloilo.
Mayor
Jed Patrick E. Mabilog said Friday that representatives of the Duty
Free Phils confirmed their expansion here during a recent visit at the
office of the city’s chief executive.
He noted the company is
considering three sites: inside Iloilo Airport, at the Central Business
District (CBD) in downtown Calle Real, or at the CBD in Mandurriao
district and their plans are expected to be finalized in three-month
time.
“The Duty Free opening will create convenience for
travelers. It will also put Iloilo City stronger in a position to become
a premier city by 2015,” Mabilog stressed.
“They (officials of
Duty Free Philippines) were surprised to see Iloilo a progressive city
in this part of the country,” the mayor said.
The
Iloilo Airport now serving direct flights to and from Hong Kong and
Singapore has prompted Duty Free Philippines to put up shop here which
attracts balikbayans, Overseas Filipino Workers (OFWs) and tourists.

City gov’t goes aggressive in promoting Iloilo City
ILOILO
CITY, Feb 15 (PNA) -- Iloilo City is all set to accommodate more
investors amid the already growing development in the metropolis.
Mayor
Jed Patrick E. Mabilog on Friday announced that the city government
will soon come up with a business portfolio as a tool in aggressively
campaigning for more investors to pour in and consequently open more
opportunities not only for this city but neighboring local government
units as well.
The mayor will leave Monday for Malaysia to join
Planning and Development Officer Jose Roni Peñalosa, Business
Development Management Officer Francis Cruz, Treasurer Katherine Tingson
and Investment and Promotions Board chair Felix Tiu who compose the
team that will work on the portfolio.
The city government was able
to obtain a grant from the United States Agency for International
Development (USAID) for the portfolio, he added.
He also said that
they decided to bring their work to Malaysia so that they could have a
focus and upon their return the material will be ready for review and
printing.
It will become part of their documents when the city
government joins trade missions, trade fairs and investment forum, he
said. Also they will try to identify big businesses in the country and
invite them to invest in this city.
Prior Mabilog announced that
aside from other challenges that he identified during his recent State
of the City Address (SOCA) his administration is now responsive to the
three challenges that he mentioned during his inaugural address when he
assumed as mayor more than two years ago.
These include the need for efficient supply of electricity, solution to flooding and sufficient supply of potable water.
The
need for electricity was addressed with the establishment of a
coal-fired power plant by the Panay Energy Development Corporation
(PEDC) that was inaugurated by President Benigno S. Aquino in 2011. PEDC
is also eyeing to expand the capacity of its plant in Ingore, Lapaz.
On
flooding, the Iloilo Flood Control Project is already in place and
operational. The city government complemented it with the rehabilitation
and establishment of drainage systems in areas where there is massive
flooding.
Further,
the Department of Public Works and Highways (DPWH) has been tasked to
work on a master plan for the city’s drainage program.

so, do we know now who bought the consing mansion in molo? ALI or SM?

ILOILO CITY, Feb 15 (PNA) -- Members of the International University Theater Association (IUTA)-Philippine Center gathered at the University of San Agustin (USA) here for a three-day conference and workshop marking the celebration of the National Arts Month.

The conference gathered world-class theater and arts teachers and practitioners who shared best practices including the role of theater in campuses.

The conference also showcased the city's rich heritage with the participants given an informative Iloilo Heritage Tour on Friday afternoon.

In welcoming the visitors to the oldest university in Western Visayas, vice-president for academic affairs Fr. Harold Ll. Rentoria, OSA, underscored that “culture and arts had always been a vital part of the administrators, personnel, students and alumni of the University of San Agustin.”

He took pride of the workshop venue, the school’s auditorium, as a “silent witness to the richness and diversity of many cultural productions that entertained people from all walks of life.”

“The auditorium is being housed by the Urdaneta Hall, a structure constructed in 1939 and is considered the oldest building in the University. We take pride in this beautiful structure because this historical edifice is the only remaining building of the old Colegio San Agustin, surviving bombings in Iloilo City during the Second World War,” he stated.

The three-day gathering that will cap Friday night was full of workshops and demonstrations to include topics on Infusing Social and Cultural Values in Playwriting; Weaving Indigenous Dance Forms on Broadway; Sintang Dalisay by Tanghalang Ateneo; Shakespeare: A Distant Mirror to Examine Today’s Social Problems; Igal Movement, “Dance of the Southern Seas;” and Ciento Cincuenta, Mga Bagong Kabanata ng Noli at Fili.

The event also coincided with USA’s commemoration of its 60th anniversary as the first university in Western Visayas.

February is National Arts Month...check out these amazing events at SM City Iloilo as we celebrate the art and its various forms.

GSIH was formerly managed and operated by The Medical City. The turnover of full ownership was held today, June 17 in this city, which was also highlighted by the launching of a cardiovascular program with cutting edge technology in the newly renamed The Medical City Iloilo.

Bengzon said the hospital was the first to offer world-class cardiovascular program in Western Visayas under its national expansion program to bring quality health and heart care to more Filipinos in the countryside.

Dr. Evangeline Johnson, GSIH president and chief executive remains the biggest stockholder of the renamed and upgraded city hospital. Johnson is also the owner of Our Lady of Mercy Specialized Hospital in Bacolod City.

Investors said that medical tourism in Iloilo has flourished as international visitors came to see Boracay Island and other tourist attractions in Panay Island, especially Iloilo.

Similarly, TMC Iloilo is not running from its corporate social responsibility in the community. Of the 22 open heart surgeries conducted at the hospital, 60 percent is on indigent patients. Hospital services are open to everybody whether the patient is rich or poor.

The new management team is now evaluating the status of present hospital staff and doctors. A complete staffing pattern will be completed by first week of July this year. (PNA)
LAP/RMA/LCPendon/vlo

Kudos metro for the initiative on creating forum for the HH. just registered.